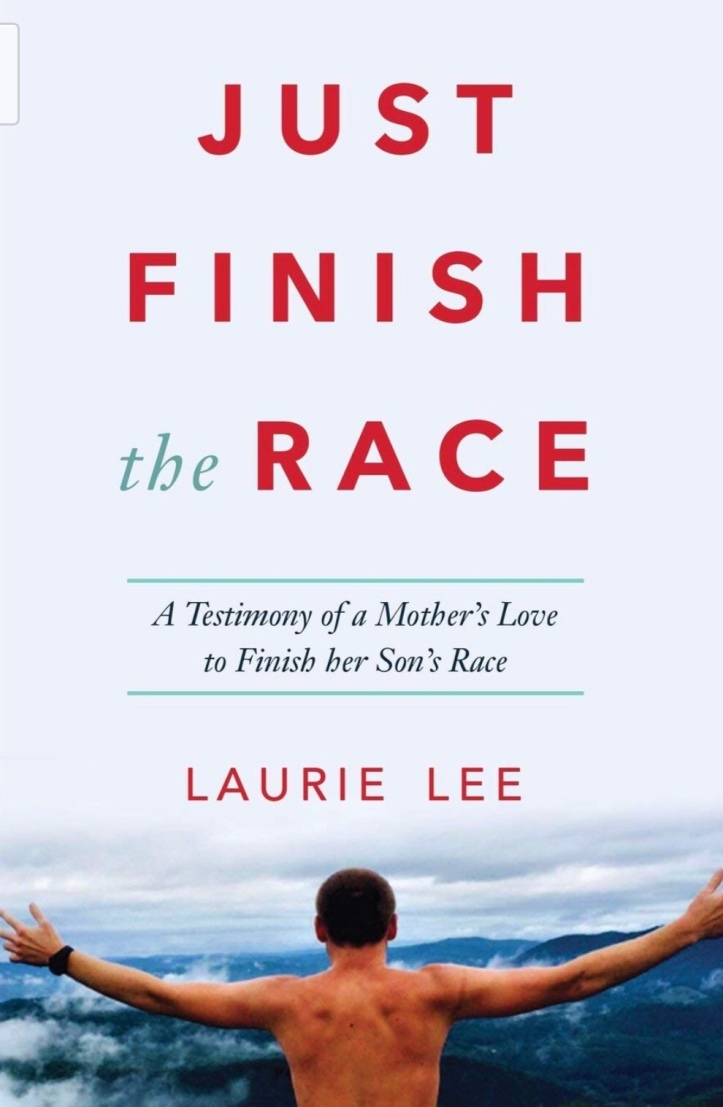 “Laurie and Johnny Lee have shown tremendous strength and courage since a tragic car accident claimed the life of their son, Josh. Their ability to share the story of Josh’s death while dealing with their own personal grief is awe-inspiring. Encouraging others to “Just Finish the Race” is shared with love, respect, humility, and brutal honesty and it encourages others to realize that they will have battles but they just have to fight to overcome them. Laurie’s poetry, which is raw and filled with emotions that only a parent who has lost a child could experience, is equally commendable. Just like their message, her poems tell what inspiration Josh was and how numerous people were touched by the way he lived his life.”

A mother’s love is the strongest love one can ever experience. It is unquestionably the most amazing, yet terrifying, soul filling love that can’t be explained in words. Most everyone knows what it feels like to lose someone special. It is a sadness, an emptiness, a feeling no one would wish upon anyone. The loss of a child, is inexplicable. It’s gut wrenching and leaves you with an overwhelming feeling of emptiness.

Laurie and Johnny Lee have blessed readers with their story, Josh’s story. I felt the warmth and love with each turn of the page. Josh’s legacy will live on. His physical presence on earth may not be here but his race is definitely being run by his parents. Thank you so much Laurie, for sharing this story.

Sometimes when you need help or a sign, the universe sends you someone or something that helps you trough it. This book, Laurie’s story, was my sign. ❤️

Please click on the link below and order this book. Read it, gift it, share it. Proceeds are not personal gain for Laurie. All proceeds go to helping others through Josh’s memory.

A Spartanburg mother is carrying on her son’s race nearly two years after he died in a crash.

Laurie Lee has published a book, “Just Finish the Race,” in memory of her son, Josh, 20, who was one of four USC Upstate students killed in a fiery crash Oct. 11, 2015. All the students except for Josh Lee had a blood alcohol level above the legal limit.

The book, described as “a testimony of a mother’s love to finish her son’s race,” shares Laurie Lee’s grief after losing her son, and advocates for safer driving so fewer people have to endure such a tragedy.

The book also includes several poems that Lee said “can only come from a mother’s heart.”

But “Just Finish the Race” ultimately is about Josh and the desire to live every day to the fullest, Laurie Lee said.

Josh Lee ran cross-country for USC Upstate. The cover of the book features a picture of him with arms outstretched on top of a peak in the Appalachian Mountains, taken after a race with his teammates.

Though Laurie Lee had never written much before, she said writing has become an outlet for her since her son’s death. She said the poems and thoughts began flowing out of her in the days and weeks after the crash.

Lee hopes her testimony can help others who have lost someone cope with their grief.

“In reading it, you’re going to feel what I felt. Every person in this world is going to experience a loss, yet you find a way to overcome that grief to make something good out of it,” she said.

Lee also speaks at schools and for groups to promote driving safety and awareness of daily decisions.