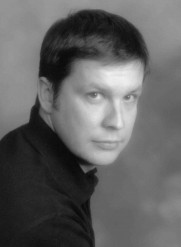 Before becoming a full time author, I designed equipment that stopped oil rigs from leaking and kept drinking water clean, raced single seater cars in the UK, tried to cure my fears of heights by becoming a licensed pilot, and along with my wife, Julie, made ends meet by becoming a private investigator and going undercover in casinos to catch gambling cheats.I didn’t entertain the idea of writing until I moved to America in 1998 and the now defunct Immigration and Naturalization Service is to blame. They took so long to process my permanent residency application that I found myself with a large amount of time on my hands and somewhere along the way, I tinkered with the idea of becoming a writer.There was one thing wrong with this flight of fancy, I’m dyslexic. Writing is difficult and reading is especially challenging. Thankfully, dyslexia doesn’t get in the way of my imagination. That being said, my understanding of rudimentary grammar and writing structure was poor to say the least—there are still a lot of grammatical terms writers and editors use that I have to look up in a dictionary. With Julie’s help, I put myself a self-taught, crash course on creative writing and let rip. That was dozen books and more than a hundred short stories ago.But before you go thinking I’m some sad shut-in who does nothing beyond tapping away at a keyboard all day and night, I do have other interests. In addition to holding UK and US private pilot licenses, I’m a recovering racecar driver. It was a very expensive passion that I don’t currently indulge in. Cocaine would have been a cheaper addiction. I now race vicariously through my protagonist, Aidy Westlake, who is a far better and more interesting driver than I’ll ever be. I keep my adrenaline flowing as a road cyclist, taking part in endurance rides and time trials. I love to travel and the more off the beaten track, the better. My wife, Julie, has to get a mention. She has to edit and read out all my scribblings and listen to me bitch and moan about my writing and all the editors who reject my work—and no, I haven’t gotten used to rejection yet. If you are an editor reading this, don’t worry, I don’t take it personally. Writers tend to view editors with the same eye the rest of the world views tax collectors. ~http://simonwood.net/bio/

Q.Where did the idea for Saving Grace come from?

A. There was a kidnapping in Portugal a decade ago and to this day it hasn’t been solved. At the time of the kidnapping some false claims were made in the press which misled the investigation. It just showed the media could be manipulated and I felt it would make the basis for another adventure for my characters Scott Fleetwood and Tom Sheils.

Q. Of all of your past jobs what was your favorite?

A. My very first job was a paperboy. I delivered the evening paper and I was responsible for collecting the money. I slayed that job! Of my adult jobs, I was project engineer for an oil and gas company. I worked with the best bunch of people I ever hope to work with, which was good since we worked long hours. I also worked as a contract designer for a water treatment construction company. That was fun because there was no safety net. If I made a mistake, London didn’t get any drinking water.

A. If you mean mine, then I’d say TERMINATED. I’m really happy with the way that book turned out. If you mean other people’s books, then it’s LOVE ON A BRANCH LINE by John Hadfield, THE STRAIGHT MAN by Richard Russo and THE LONG GOODBYE by Raymond Chandler. All brilliant books for different reasons.

Q. You said you learned to fly to overcome your fear of heights, did it work?

A. Nope…but I can fly a plane. I learned to swim because my fear of water…that didn’t work either…but I can swim.

Q. You’ve overcome a lot to be a writer, what would be your advice for someone with dyslexia?

A. Find your workarounds. Dyslexics have to compensate for the world around them on a daily basis, and need to find the tricks to help them write. Writing is about imagination. Dyslexia is just a hand-eye issue.

Q. What is your favorite past time?

A. Cycling and yoga.

Q. How was writing a book different from what you expected?

A. That’s an interesting question. I was coming at this without a writing background so I don’t think I had any preconceptions when I started. I think the main thing I’ve learned is to never be too married to your original idea because it won’t quite work in practice. I still dream of writing the perfect first draft…but like unicorns, they don’t exist.

Q. What’s next for you? What is your next book about?

A. My next book is THE NEVERWAS MAN. It’s about man whose whole life is a lie because he can’t remember the truth about a terrible incident. It’s inspired by my own experiences with amnesia after being hit by a car.