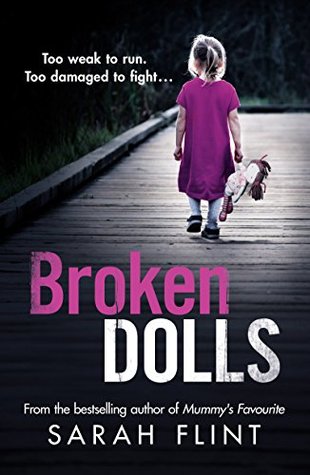 The all NEW heart-stopping, un-put-downable serial killer thriller from the bestselling author of Mummy’s Favourite. Perfect for the fans of Angela Marsons.

A baby lies abandoned amongst the rubbish; her tiny face as white as alabaster, her body as stiff as a miniature doll.

A young prostitute lies beaten, her figure lying like a mannequin on the frozen concrete, her blood spilt, her life ebbing away.

As DC ‘Charlie’ Stafford and her boss DI Hunter struggle to identify the victim from the violator their hunt brings them to the crack houses of Lambeth, littered with damaged people, their lives scarred by tragedy and violence, most broken beyond repair.

As further lives hang in the balance Charlie must enpower the weak to speak out against those who seek to cause harm.

But can a broken doll ever truly be mended; or will the wounds of the past, fashion the events of the future?

Broken Dolls starts in a devastating way and just went downhill from there. A poor pre mature baby was ripped from her mother in the worst way and thrown out. Baby girl found in the garbage and the mother, dead, is thrown out too. Sarah Flint’s Broken Dolls is a cop thriller where DC Stafford ties to find justice for all the unfortunate souls of the streets. While at times the many changes in who is telling the story makes it a little difficult to keep up Sarah Flint easily keeps her your attention and makes you want to know what will happen next and wonder if DC Stafford can truly help any of these broken dolls put the pieces back. I enjoyed the characters but like other books I start in the middle of I obviously have missed a rather large chunk of these characters story. Sometimes you don’t feel the loss as much but in this case I definitely did. So when you go to read this series start at book one. If the rest of the books are written like this one I think it would be worth it. 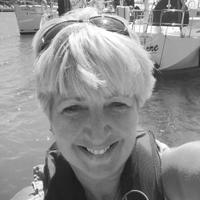 With a Metropolitan Police career spanning 35 years Sarah has spent her adulthood surrounded by victims, criminals and police officers. She continues to work and lives in London with her partner and has three older daughters.(goodreads)