A Mother’s Reckoning by: Sue Klebold 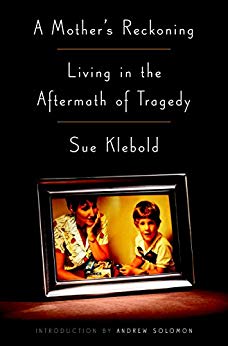 On April 20, 1999, Eric Harris and Dylan Klebold walked into Columbine High School in Littleton, Colorado. Over the course of minutes, they would kill twelve students and a teacher and wound twenty-four others before taking their own lives.

For the last sixteen years, Sue Klebold, Dylan’s mother, has lived with the indescribable grief and shame of that day. How could her child, the promising young man she had loved and raised, be responsible for such horror? And how, as his mother, had she not known something was wrong? Were there subtle signs she had missed? What, if anything, could she have done differently?

These are questions that Klebold has grappled with every day since the Columbine tragedy. In A Mother’s Reckoning, she chronicles with unflinching honesty her journey as a mother trying to come to terms with the incomprehensible. In the hope that the insights and understanding she has gained may help other families recognize when a child is in distress, she tells her story in full, drawing upon her personal journals, the videos and writings that Dylan left behind, and on countless interviews with mental health experts.

Filled with hard-won wisdom and compassion, A Mother’s Reckoning is a powerful and haunting book that sheds light on one of the most pressing issues of our time. And with fresh wounds from the recent Newtown and Charleston shootings, never has the need for understanding been more urgent.

All author profits from the book will be donated to research and to charitable organizations focusing on mental health issues.

This book was easily the most beautifully written and heartbreaking true story I have ever read!

I bought this book because like most people I have known about Columbine for as long as I can remember. Like Sue Klebold says in her book, Columbine became the lightning rod for tragedy. Everyone Knows about the Columbine Shootings, what happened, how many people died, and most have seen the terrible videos and pictures. Many have heard how much worse those 2 boys planned on it being.

Sue’s story was heartbreaking as she told us about who her son was and how she never suspected anything was wrong. She tells us his depression and dark thoughts and plans were in complete contrast to the sweet caring boy she knew and raised. I can’t even begin to imagine what she went through and still does and I’m not sure I am strong enough to survive that. Her story unintentionally shows how amazingly strong and resilient she is.

This book was so many things but as a mother it opened my eyes like nothing else has. It made me sit up and take closer notice of my babies. I always thought I had open eyes but this book just proved to show me how the little things can escalate to things you can never imagine. It’s not likely that stories will end like hers (although any is too many) but there is a whole lot of terrible before you get to that bad.

As a mother this was a very powerful and important book. I also believe all parents would benefit from this book. I think everyone should read this.