If You Knew My Sister (The Sister in UK) by: Michelle Adams ~Release Date 10-03-2017~ @MAdamswriter @StMartinsPress 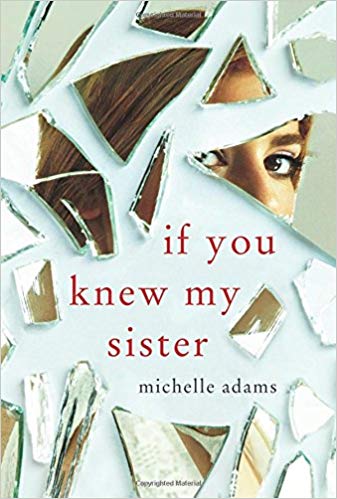 If you knew my sister, you’d run too…

First there was the Robert Kneel incident.
Then what happened to Margot Wolfe.
And now she’s found me again.

Dr. Irini Harringford was given away by her parents just before her fourth birthday. Although she has spent her whole life trying to convince herself she doesn’t need them, deep down Irini longs to understand why she was abandoned, while her parents kept her older sister, Elle.

So when Elle gets in touch with news that their mother has died, Irini reluctantly agrees to return to the family home. But she is ill at ease. She and Elle are not close. Irini knows only too well what Elle is capable of. Inexplicably drawn to her enigmatic sister, yet terrified of the sway she holds, Irini tries to protect herself even as she is sucked back into her family’s toxic web of secrets…and soon realizes that the past is more complicated than she imagined, and that her very future rests upon discovering the truth about why she was really given away.

I received IF YOU KNEW MY SISTER from NetGalley not long after I first found the site and a couple months into the rush and fever of starting our blog but I’m sad to say I lost it in the shuffle, because when I found it the other day and starting reading it, I couldn’t stop! I read this book in a day and a half and I loved every second of it.

I couldn’t wait to find out the family secrets and what made them give Irini away. The death of a mother she doesn’t remember throws her back into the crazy world that is her family and back into the clutches of the sister she has avoided for 6years this time. Michelle Adams does a great job of making you feel Irini’s struggle for what she should do. Her struggle to get away from her toxic and dangerous sister and the desire she can’t deny to be close to the only family that wants her, the only family that kept looking for her. However Elle has plans, what will it cost Irini this time?

I loved this story and was surprised by the twists and reveals I didn’t really see coming. Irini’s damage is palpable and understandable but what she soon comes to know is that she knows even less than she thought she did.

Michelle Adams does a great job weaving a fun and twisted thriller that you just can’t put down and I can’t wait to see more from this wonderful author. I definitely won’t wait to read anything by her again.

Michelle Adams grew up in the UK and now lives in Cyprus, where she works as a part-time scientist. She read her first Stephen King novel at the tender age of nine, and has been addicted to suspense fiction ever since. IF YOU KNEW MY SISTER(MY SISTER) is her first novel.