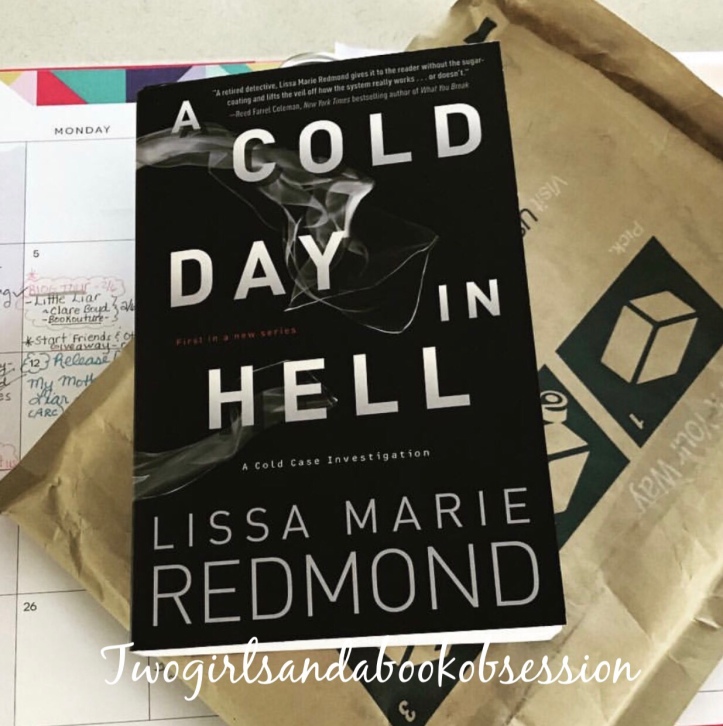 Lauren’s job as a cold case homicide detective is her life. And life just got complicated.

Lauren Riley is an accomplished detective who has always been on the opposite side of the courtroom from slick defense attorney Frank Violanti. But now he’s begging to hire her as a private investigator to help clear his client of murder. At first Lauren refuses, wanting nothing to do with the media circus surrounding the case―until she meets the eighteen-year-old suspect.

To keep an innocent teen from life in prison, Lauren must unravel the conflicting evidence and changing stories to get at the buried facts. But the more she digs, the more she discovers that nothing is what it first appears to be. As Lauren puts her career and life in danger, doubt lurks on every corner . . . and so does her stalker.

A perfectly paced and intensely satisfying story!! With a suspense building plot and a mysterious cast of characters, Lissa keeps you guessing until the very end! As a matter of fact, I thought I figured it out… until the LAST PAGE!! Nicely done!

We immediately became connected to the characters and felt drawn to Lauren and Reece right away. Lissa did a great job casting certain characters as seemingly innocent or guilty. We changed our minds several times throughout the story as to who might have been guilty. We love a story that throws in a surprise ending and brings all of the events of the story together! Loved it!

Lissa Redmond was born in Buffalo and grew up in a compact littleneighborhood south of the city called Woodlawn, squashed between the massive Bethlehem Steel plant and Ford Stamping plant. Growing up she rode her bike, played on the shores of Lake Erie and never dreamed she’d someday be a cop.

During her days at the University of Buffalo she took the exam to be a city of Buffalo police officer and got on the job. At the age of twenty-two they gave her gun, a badge, a bullet proof vest, and put her on patrol. Twenty-two years, a detective’s badge, a fellow detective husband and two kids later, she retired to pursue a “normal” life.

She decided to become a writer instead.

Now she still lives in Buffalo with her husband, raises her kids, feeds and pampers her ungrateful cat, and writes about the things that kept her up at night, staring at the ceiling in the dark, asking herself, “What if?”

And she invites you to come along.

Thank you Lissa Marie Redmond for being so supportive of our blog! We look forward to reading more of your work!

Two Girls and a Book Obsession