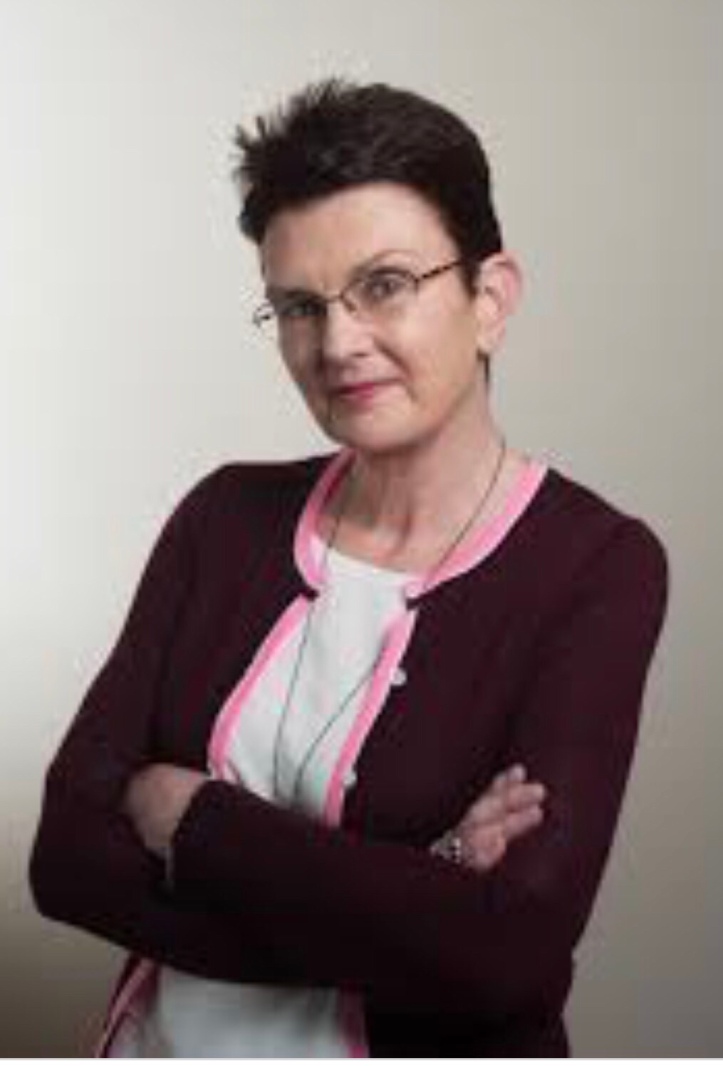 Thank you Patricia Gibney for agreeing to this fun Q&A so that your fans can get to know you better! We enjoyed reading The Lost Child and recommend it to anyone looking for a great detective murder mystery!

Thank you for featuring me on your blog. Your questions really got me thinking!

Q ~ Since it is damp and wet most of the year where you live, in Mullingar, when the sun comes out, what is your favorite outdoor activity?

A ~ The weather around here can be very changeable in Winter and even in Summertime.

The clouds can split in a second and the sun will suddenly shine. But even if the weather is unpredictable, I love to walk. I find it good for my brain as well as my body.The canal circles my town and it is lined with pathways. It is ideal for walking. You can imagine you are out in the countryside, even though you are still in town.

Mullingar is also surrounded by beautiful lakes and woodland. It is a walker’s paradise.

Q ~ Before you began your writing career, what did you do for a living?

A ~ Before tragic circumstances changed my life forever, I worked as an Administrative Officer with Westmeath County Council. I loved my job and was a career minded person. But all that changed in 2009 with the untimely death of my husband, Aidan.

A ~ All my characters are fictional – figments of my overactive imagination. But of course, I draw on real life for my inspiration. I love creating new ‘people’ to star in my novels. The only character that possesses traits/history of an actual person would be Lottie Parker. When I created Lottie, Iwas going through a particularly bad time following the death of Aidan, my husband. I believe I subconsciously poured a lot of my anger and grief into the character of Lottie.

Q ~ Can you think of a grade school teacher that inspired you to “reach for the stars”?

A ~ That is a tough one, because it is such a long time ago! And I actually cannot remember any of those teachers.

Q ~ Other than your three kids and your writing, what is your greatest accomplishment?

I was off cigarettes for twelve years and ended up going back on them. Why did I do that? You see, I love local drama and was cast in a play. My character had to smoke a cigarette. Yikes! Even though it was an herbal cigarette, I was immediately hooked again. But three years after that I saw this car I really had to have, but I couldn’t afford it. My son said that if I quit smoking I could afford it. He was right. I fought the battle, gave up the cigarettes (it wasn’t easy), bought the car, and I am smoke free!

Q ~ If you were a zoo animal, what would you be and why?

A ~ A monkey. I think they are just too cute and mischievous, and I’m not. It would be nice to be cute and a little bold, for awhile at least.

Q ~ If you could have one superpower, what would it be and what would you do with it?

A ~ Read people’s minds. Wouldn’t it be awesome to stand in front of someone and to really know what they were thinking, to know what they are going to say before they say it? Yes! Just like creating characters in a novel. What would I do with it? Use it for my novels.

Q ~  If we asked your parents what you were like as a child, what would they say?

A ~ My husband Aidan was in the Irish army. He did overseas peacekeeping duties every so often. I once flew to Israel, when he was stationed in Lebanon. We drove in a jeep, from Nahariya on the north coast of Israel close to the border with Lebanon, right down through the whole of Israel and the Negev desert, to Eilat on the Red Sea. It was the most fascinating trip I’ve ever taken. Plus, I was in the company of the love of my life!

Q ~ Can you give your fans an idea about what you are working on next or what we might expect?

A ~ I have just finished writing and am currently editing book four in the Lottie Parker series. Lottie was left in turmoil after the revelations in book three, The Lost Child. But another Ragmullin, murder immediately casts her back into work mode with a new investigation to command. As we have come to expect, things don’t always go smoothly for Lottie, either in work or at home. But DS Boyd is on hand to give her support when everything starts to go up in smoke.

All published by Bookouture and available on Amazon, iBooks, Kobo, Audible, Google play.

And The Missing Ones will be published in paperback by Little Brown/Sphere in January 2018. (UK and Ireland).

Read our review of Lost Child